“Sugar Moon is a rising star on the front range, and the reason for the group's popularity is clear on their first album, Special Shade of Blue.” - Kyle Harris

As part of the  Colorado bluegrass scene, Sugar Moon is unique in their makeup: in such a male-dominated genre their music is undeniably feminine  — both with their musical aesthetic and lyrical themes.

Sugar Moon came into being in the fall of 2017 when Kyra Holt (banjo) and Elli Varas (guitar) met at a playdate for their young sons:  it’s rare to meet a fellow mom that plays bluegrass and they quickly set up a time to pick!   Over the next few years, the duo honed their sound and their songwriting, playing gigs and releasing a debut EP.  Christie Schneider joined the band in 2020, filling out the Sugar Moon sound with her nuanced and tasteful fiddle.  Matt Malick followed soon after, rounding out the band with his rock solid upright bass.  Sugar Moon has played venues throughout Colorado, was a finalist in the Ullrgrass Band Competition, and has been featured on numerous radio programs throughout the state. 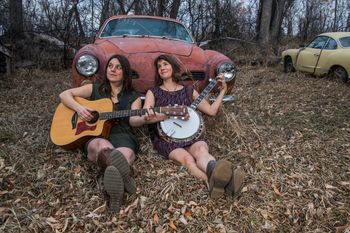 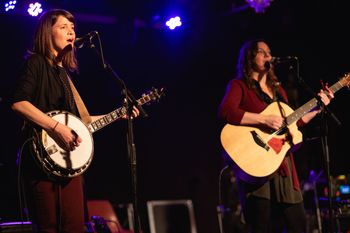 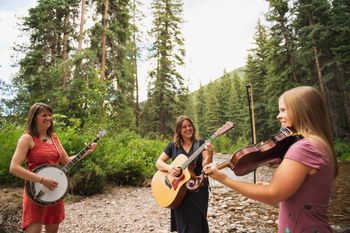